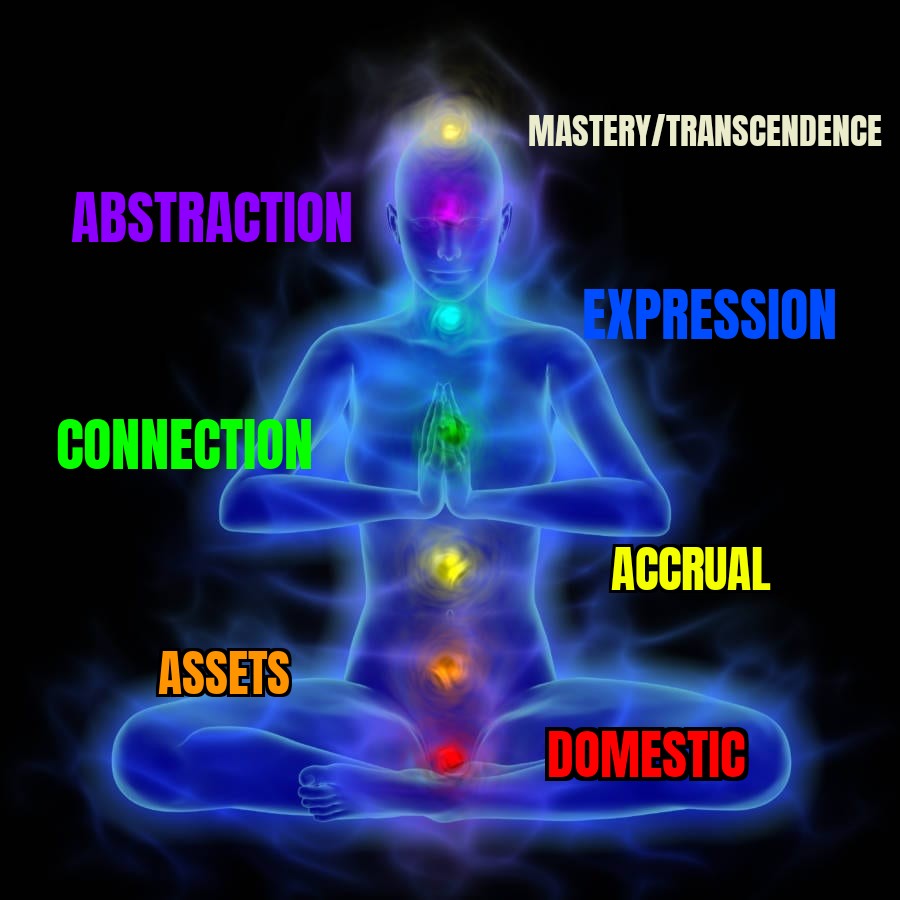 Chakras are energy centers, power centers, located in a Person, that connect different levels of consciousness and priorities to locations within human bodies, a concept associated with Eastern philosophies, particularly with the practice of yoga.

How I Learned About Chakras

I grew up around some New England hippies heavily influenced by New Age ideas emerging from California and all around the world. When I was born, during the sixties, there was a surge in American awareness about yoga and practice of yoga became more and more popular from then on. I feel fortunate to have been exposed to these concepts when I was relatively young, even receiving a formal initiation by a real guru when I was young.

Learning yoga theory involves discussion of chakras. Most of the discussion you’ll find talk about “blockages” or issues with chakras manifesting negatively in people. There’s emphasis on the spine, posture, and doing asanas aka yoga moves, to strengthen and increase the “flow of energy” around them.

While I think these kinds of physical concepts aren’t unrelated to what’s going on with chakras, my understanding of what they are and how they work are a bit more practical. I arrived at this understanding only recently, literally forty years after I had learned the word “chakra” and started doing “chakra meditation”.

I agreed with what I was told, the conventional understanding around chakras, and didn’t take the understanding farther.  I wasn’t seeking for a hard understanding because I thought of the concept as more of a subjective system than absolute.

Then one day all my life experiences, being an analytical chemist, being a dad, a son, a husband, a brother, a creator, a blogger, a writer of online marketing articles etc. came together. What chakras actually were, all along, to me, crystallized into a new understanding. I’m going to share that understanding with you now. I hope it brings value to you and makes it easier to find balance in your life and lets your energy flow better.

Where Are The Chakras?

Chakras can be most simply envisioned as colored lights in specific places along your spine, starting with the red chakra down in your gooch, not just at the tip of your spine but down between your genitals and your butthole. Whether you want to envision it like a tennis ball of glowing light or a tiny little LED pinpoint light it doesn’t matter. What matters is that it’s there and it’s intensely red. The more red you can imagine the better. The reddest red.

Then you go up. Orange is next, behind and under your belly button a bit. Then yellow in your solar plexus, green in your heart, blue in your throat and purple in the center of your brain, like on the level of your forehead. Each of these, as it was explained to me, corresponds to a level of consciousness.

For a long time I thought of these levels of consciousness as things separate from what’s happening in my mind, levels that my mind had to make effort to connect to. But what changed for me recently, in my understanding of it all, is that it doesn’t take any kind of special meditation or focusing on colors for a mind to be at any of these levels. These are the levels our minds naturally exist at, day to day, as we’re doing the stuff we do that comes naturally to us: working, socializing, taking care of ourselves.

I was thinking chakras had to do with energies that I wasn’t conscious of, absolutes of abstract symbolism I was striving, through meditation, to tune into. What I realized recently is that it’s also the exact opposite.

If you’re put off by Eastern concepts, and would prefer using a different word to think about these different levels of consciousness I suggest substituting the word “mentality” for “chakra”.

The Red Chakra is a state of mind we get into when we take care of our basics, our bodies. It’s about eating, getting exercise, getting sun, and good water. Red chakra is about body consciousness, YOU, the physical thing inside your skin. I characterize this state of mind as DOMESTIC. 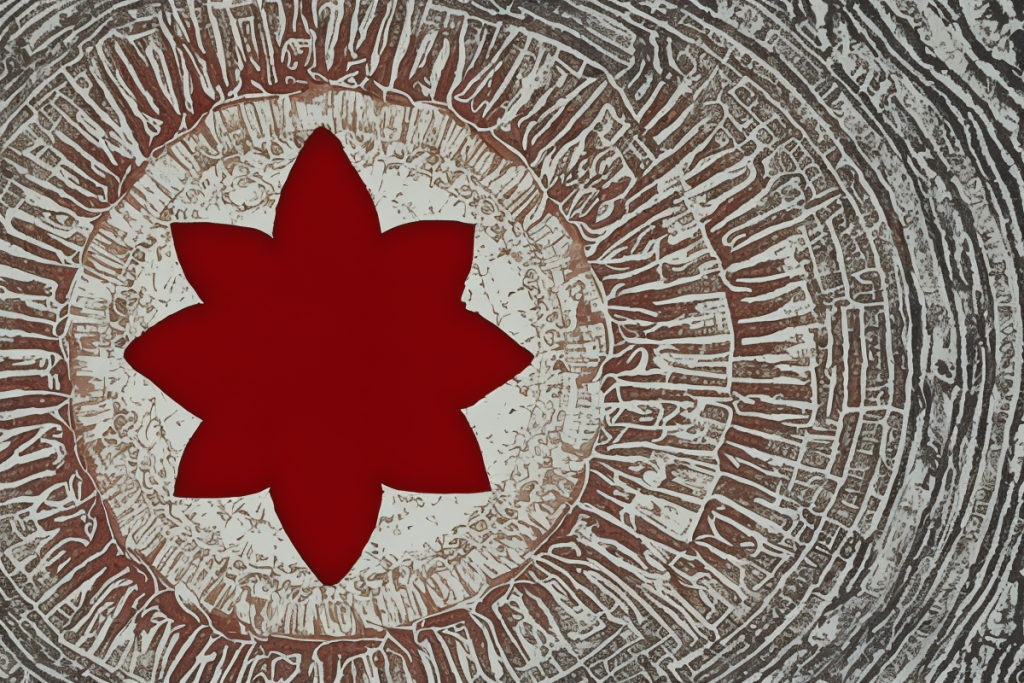 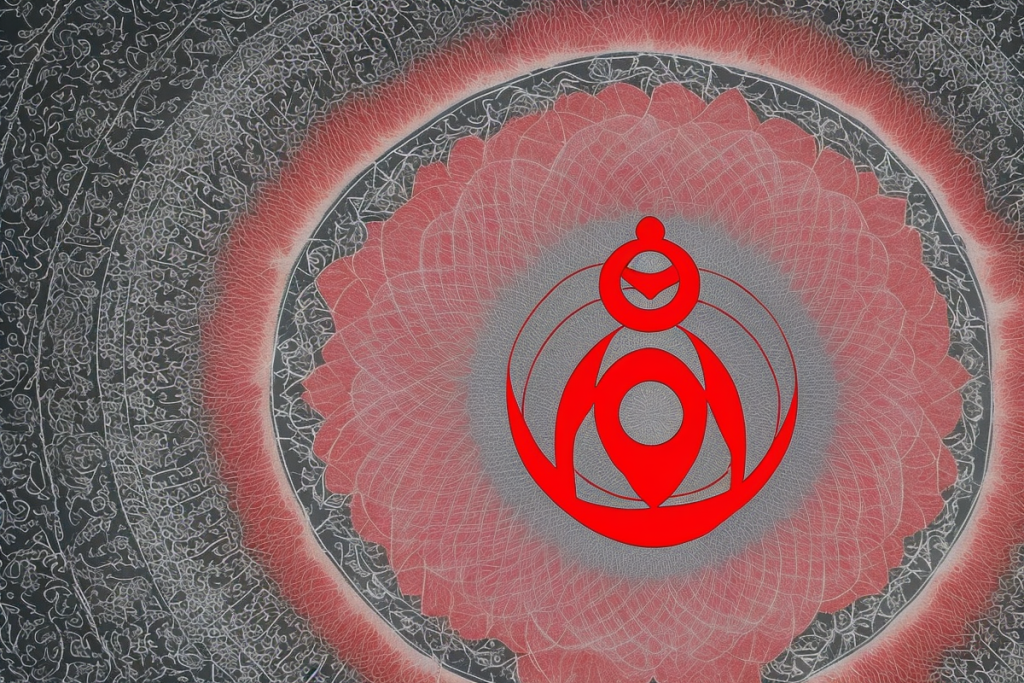 The Orange Chakra is a state of mind we get into when we take care of our assets, our stuff, our tools and gatherings. This may be real property we tend to. This is mowing the lawn, washing the dishes etc. It’s the beginning of connecting with other people because there’s often resources, assets we need, that we share or exchange with others.

The Yellow Chakra is a state of mind that involves working. This is the state of mind that lets people be more powerful and effective at filling their two lower chakras, letting one take care of one’s body better and accrue more assets. Think of it as your “game” or ability to increase whatever revenue matters to you and stem whatever losses matter as well. It doesn’t necessarily have to be about money.

People in a Yellow Chakra state of consciousness aren’t worrying about their health or their assets as much as they’re focused on accruing more and more power. In our culture accruing power has been popularized as pejorative, like something a greedy person would be obsessed with. But the reality is that for good things to happen there need to be people with the power to do good. A lot of people accrue capabilities to help others as opposed to using those capabilities to hoard assets. Powerful people are required. I characterize this state of mind as ACCRUAL. 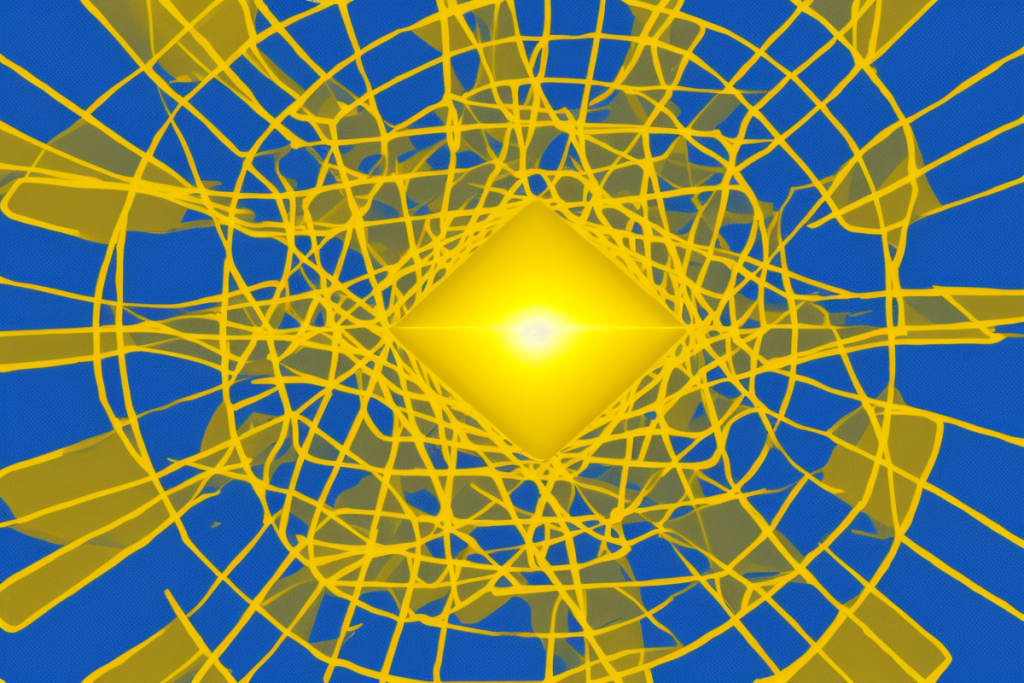 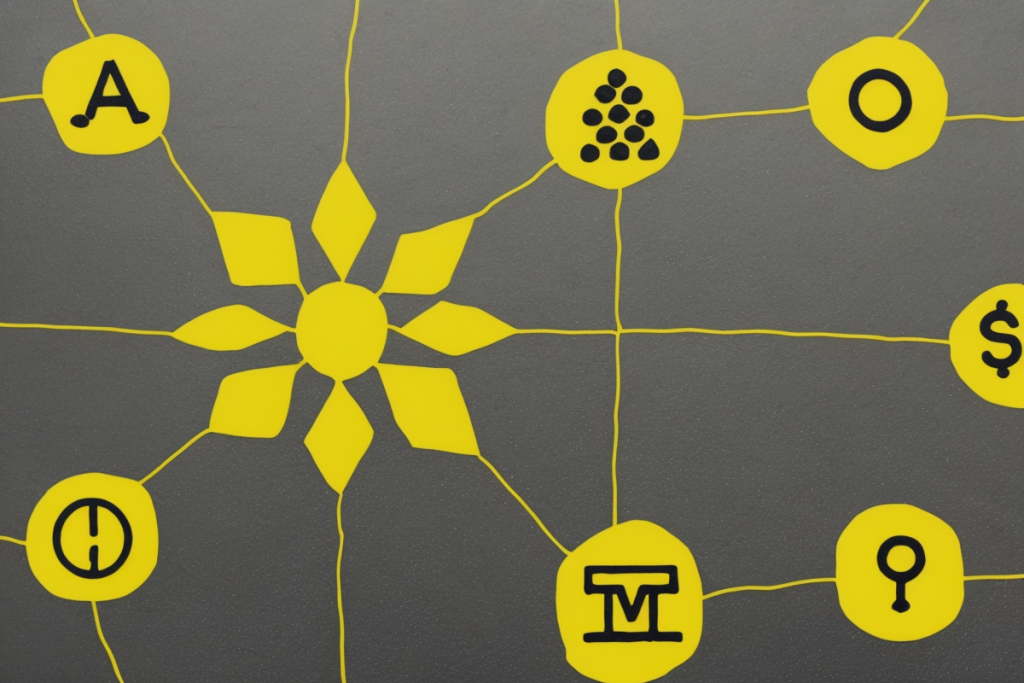 The Green Chakra is where things get interesting. That’s where we start working with others, alongside others, to increase our power, their power by connecting together. When you’re operating alongside peers, or working for someone else to grow your game beyond what you can do alone you’re in a Green Chakra state of consciousness.

This chakra has traditionally been associated with emotion or empathy, the heart, being able to feel for yourself, your feelings. Yes, it’s about feelings, but feelings above only caring about yourself. It’s about seeing other people as equivalents to yourself or tuning into others to learn from them. When you get genuinely connected to something involving other people that is resonating with your heart you may actually feel your chest vibrating, the strong Green Chakra energy. I characterize this state of mind as CONNECTION. 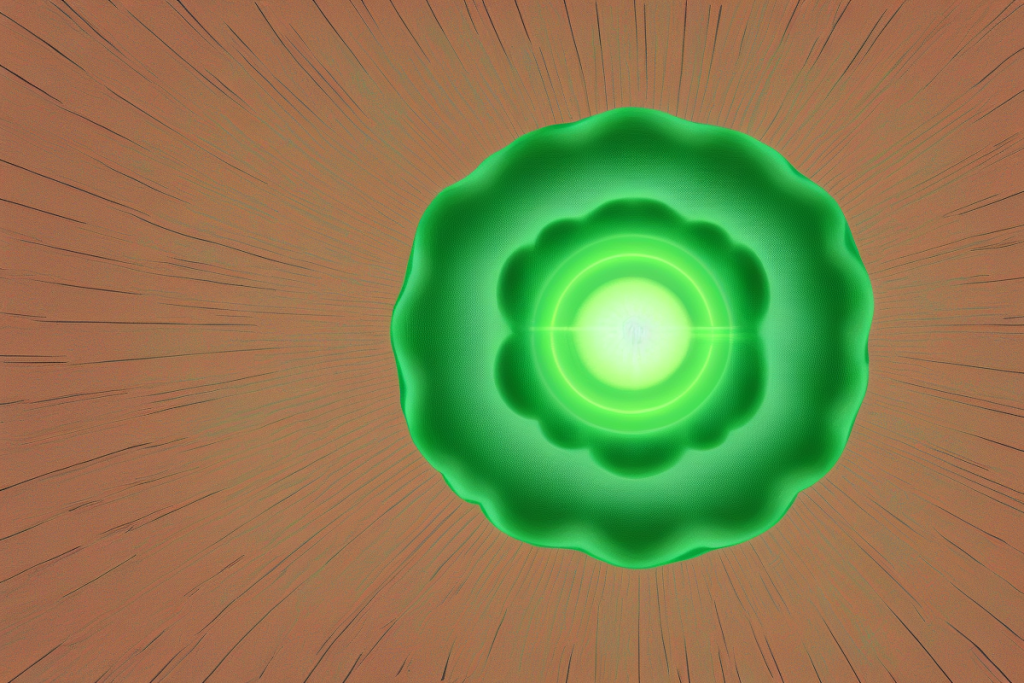 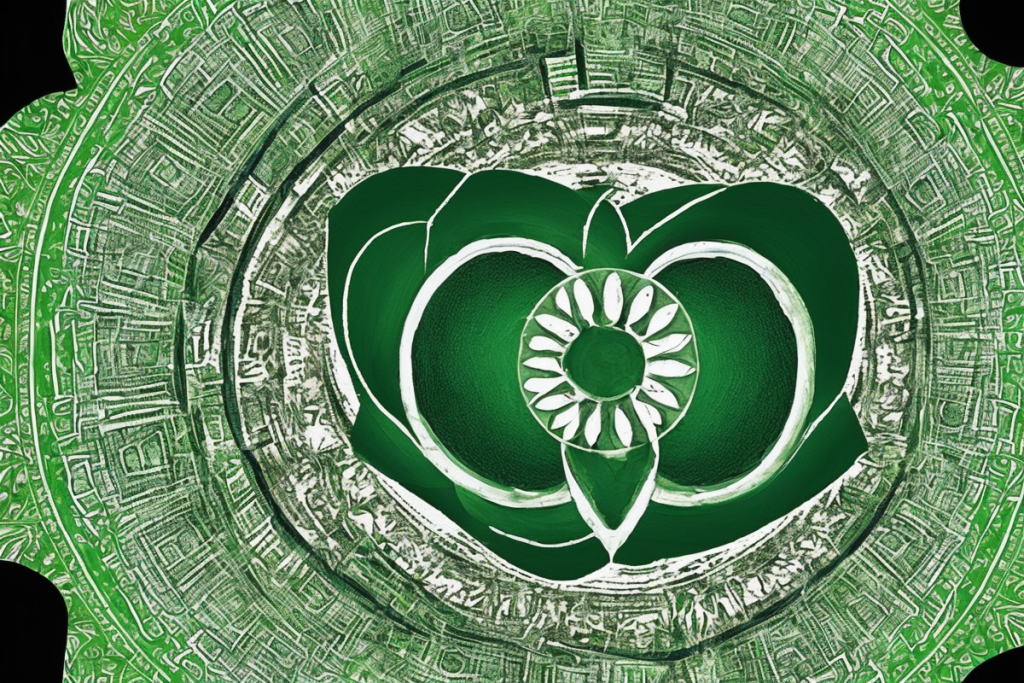 The Blue Chakra is a state of mind that involves communicating to others and feeling  understood. You can think of it most simply as getting other people to work for you, or follow plans that you communicate.

It’s not about “bossing people around”. It’s about sharing ideas you discover, so others can use those ideas too. It’s not about listening, but instead teaching and guiding, mentoring and giving useful feedback to peers in a manner that’s appreciated.

This state of mind depends on having all the lower chakra states “unblocked”, you have to feel for people to communicate effectively to them. For me to be a good marketer I don’t just have to be skillful at creating content – first I have to feel what my audience is feeling and understand what they’ll consent to feel. Only then can I get into a Blue Chakra state of mind – otherwise I’m faking it. I characterize this state of mind as EXPRESSION.

The Purple Chakra is a fun and cool state of mind. It’s where ideas get abstracted, where new plans are cooked up and boiled down. It’s where new concepts of connection between people are imagined, where we set our minds free in mutual understanding, separate from egos and personal agendas, to let new ideas loose. This is the frame of mind where we are effective at inventing stuff for ourselves and others. This is where we do our scheming. I characterize this state of mind as ABSTRACTION.

There’s also a White Chakra in a lot of belief systems. That’s been attributed to your Higher Will, something pre-abstract and outside you in a sense. Discovering what that means and what that is involves concepts outside what I want to share here, only for sake of brevity. I do want to discuss it, but not here and now. I don’t want to characterize this state of mind too much now beyond calling it MASTERY/TRANSCENDENCE.

The Practical Truth About Chakras

The truth about chakras is that our minds are in these states at different moments of the day, sometimes with a lot of conscious focus and other times with autonomic repetition and habit. Just because your mind is focused on one thing doesn’t mean you’re “higher or lower”, a better person or focused on less significant things.

Indeed your mind may get locked into one modality, and that has a high likelihood of manifesting in negative ways, at least to the detriment of other things. This is just common sense: if you focus on one part of yourself then your Whole Self suffers. If you’re obsessing, most likely it doesn’t feel healthy, and it causes suffering.

At a minimum chakras are a useful mental tool that lets us objectify what we’re doing and thinking. It’s a map for what’s going on inside us. Being a healthy person obviously involves some degree of experience with all these states of mind. Get hungry and you’ll recognize a Red Chakra state of mind easily – and that level of consciousness might dominate to the degree all other levels are difficult to reach.

What’s useful to understand about chakras is very basic, not an esoteric mystery. It’s just a way to understand yourself so it’s easier to recognize where your head’s at. If you’d like to add your understanding of The Chakras in the comments below I’d love to learn what you have to share.

Learn more about chakras, yoga, and philosophies to bring your mind and body into balance in some of my favorite books:

Be Here Now – by Richard Alpert aka Ram Dass

The Yoga Sutras of Patanjali  – by Swami Satchidananda