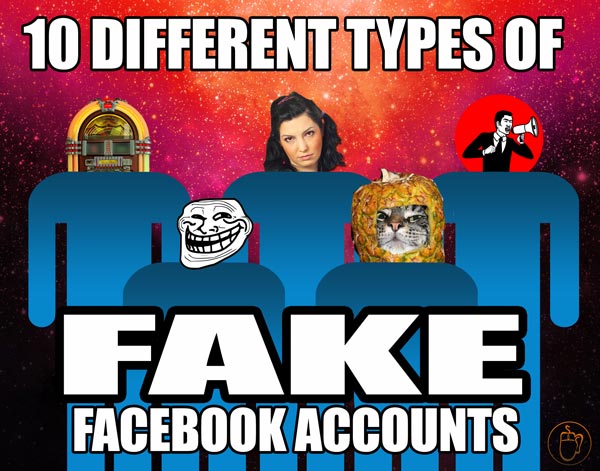 Fake Facebook Accounts are accounts people establish that aren’t representative of them as a real person. Facebook intends for all of its users to practice some sincerity when identifying themselves. They want to know about the “real you” and not have you use their platform for reasons outside what it’s intended for. Contrary to what Facebook asks people to do, many people use Facebook through accounts that aren’t representative of their true identity; for many reasons people create “Fake Accounts.” This article explains some of the reasons why fake accounts are being used and why Facebook does or doesn’t tolerate them in practice.

Here are the Ten Types of Fake Facebook Accounts:

HEY YO – It’s me the Click Whisperer! Want to read some more triggering stuff about how heinous Facebook is being to it’s users? Check this new article I just wrote out about Facebook Jail. It’s such a sleezy scam.

Hopefully this article illustrated that there are many different reasons why people use Fake Facebook Accounts. Some are innocent, others have duplicitous intent. Know the difference before you get freaked out on social media and make yourself look foolish by expecting people to use it the same way you do. At the end of the day remember that Facebook is trying to give everyone the best experience possible, and how that plays out in the real world might be different than what YOU expect.