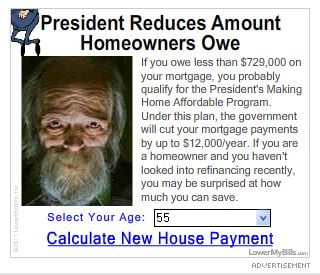 Contrary to what you might think, recipients who get an e-mail from an unknown source are more likely to open it when it looks ugly before it’s images are downloaded a.k.a. before the e-mail is opened. There’s no point in trying to put lipstick on a pig. For those of you with HTML skills who’ve had a hand at designing e-mails, this post is for you.

For the majority of business e-mail users, Outlook is the de facto e-mail client. Outlook has been a fact of life since the mid-nineties and has set the bar, albeit intentionally low, for its competitors. There are all sorts of things an e-mail designer can bemoan about the outdatedness of the HTML renderer within Outlook; it uses a version of HTML that’s eight years old now. Those things can be dealt with, and a designer just needs to put on their Fred Flintstone gear and battle with those dinosaur standards. So let’s get whining about that out of the way.

What’s worse than the ancient design limitations is a feature that almost all e-mail readers suffer from: not showing images when the e-mail is previewed initially. Instead you get the blank area with the same text: “You have to Right Click to Download images …..” Every e-mail reader does this, Outlook isn’t exclusively guilty, but it’s easy for me to describe the phenomenon based on Outlook, and it’s easily recognized by other Outlook users in the way I describe it.

The reason they all refrain initially from downloading the pictures is because the pictures aren’t stored on your e-mail server – they’re only shown to you when you view the e-mail. They’re pulled from some web server somewhere, and that’s when a counter is triggered on the web server telling the sender that YOU opened the e-mail.

Initially previewing the e-mail, looking at it in Outlook initially without the pictures, only shows the relatively skeletal HTML output. Some e-mails contain only one big picture and you’ll see nothing in a preview.

You’d assume that if you took time to try to alleviate the skeletal look, and made the e-mail more attractive in the preview state, recipients would be more inclined to right-click and download the pictures. There are a few tactics for getting rid of the skeletal look:

Guess what? None of those tactics will improve your open rates – they’ll drop measurably if you try. I’ll let you know why I think they drop.

Don’t get all nerdy on me now and say “Yeah, but the Click Through Rate might be higher”. Nope. It isn’t. You might also say “Yeah but without the Alt Text people who get text e-mails won’t see what the images were about.” Who cares? That font is so teensy-weensy on the majority of e-mail readers. If the message is that important put it in the copy. Hardly anyone is getting only text versions of their e-mails that way any more.

The open rates drop because people are used to seeing the boring skeletal “Right Click” disclaimer. Anything else is just something they don’t expect. Everybody’s paranoid about e-mail scams and malware. Caution wins over curiosity in the mind on the recipient. You’ve got to go with fugly because fugly is familiar, at least when there’s a risk to the audience perceived.

Use an Email Signature in YOUR Emails

Science and Art are Opposites but Equally Essential