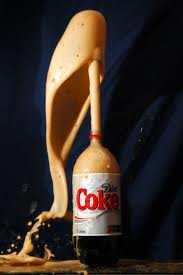 Chemistry’s concepts illustrate truths of the business world. One of those concepts, the degree to which a reaction will proceed, is the concept of the Limiting Reagent. The quantity of product that will be yielded depends on the quantity of reactant that there’s least of.

The simplest illustration of this concept of Limiting Reagents involves a matchmaker who is setting up dates between prospective couples. The matchmaker begins with single people and creates couples from them. Barring alternative gender choices, the number of couples the matchmaker can create is limited by whichever there’s less of, men or women. If you’ve got forty men and fifty women then you can only make forty couples.

This simple illustration is useful because the differences between men and women are evident. Its easy to see when there’s too little or too much of one or the other.

It’s hard to argue that marketing and advertising aren’t critical factors in business success. What’s difficult for most business people to understand, especially if they don’t have an MBA or an understanding of marketing and advertising, is exactly how critical these elements are. Even though these factors aren’t the most critical or primary to what defines your business, I’d hold that these factors are probably the Limiting Factors to your business’s success. 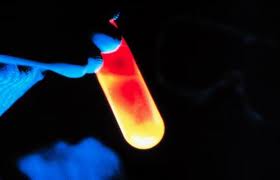 These factors are often the most overlooked. Somewhere along the line our modern business culture got infected with the “build it and they will come” mentality. I’m not going to point the finger at “A Field of Dreams” because that idea prevailed long before. I will say that the mentality manifests itself more often with online than brick-and-mortar ventures. A lack of understanding of what draws visitors to sites has resulted in unfulfilled expectations for too many businesses going online. The website gets built, there’s no traffic, and the results don’t come.

Just creating the site, just building the capacity to create or serve, simply isn’t enough. Awareness, communication and promotion are factors that can’t be ignored and can’t be expected to propagate on their own. A businesses’ worst enemy can be the leader whose had to serve too much of the Kool-Aid. In hyping the concept to themselves, partners, investors and employees there’s a snowblindness that develops and a willingness to believe that consumers are going to be as easily convinced of the value somehow through an unfunded, trickle-down osmosis that never manifests. You’ve got an incentive to believe in yourself, but where’s the incentive for your consumer? How are they expected to understand how outrageously valuable you are to them? The limit to which this critical business reaction proceeds is the limit to which you’ve invested in marketing.

The trick is to determine the ratio that’s appropriate for your level of business. Smaller businesses who rely on word-of-mouth might do well without significant investment in marketing. Addressing larger markets often requires serious investment. It’s rational to start out small and test, and as your business grows the lessons learned from small scale testing will yield big rewards later on as scales expand and marketing dollars need to generate direct ROI. Finding that ideal ratio of your marketing dollars to your total costs is critical for any business, large or small, to succeed.

Do Not Track: Pro-Business or Anti-Business?

The Unexpected BANG at the End of Your Online Ad Bucks:...