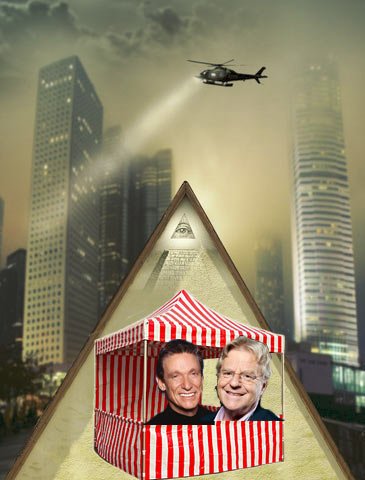 At the risk of losing some fans and getting on the NSA’s radar, I can’t help but share this idea I had for solving the Nation’s debt crisis and creating a new industry that could be compared to the commercialization of the web in 1995. At a minimum this is a prediction of what will happen next. Pay attention. 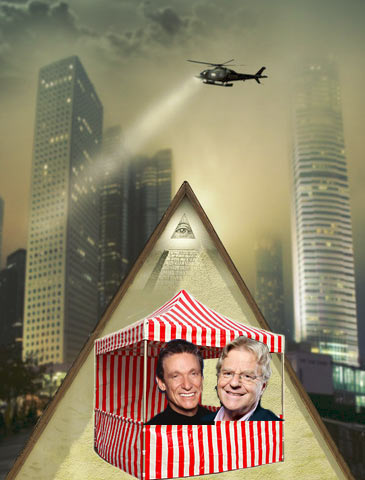 Back when I was an undergraduate, studying at FAU between 1987 and 1991, without realizing it, I was part of the small handful of people who got to use the Internet. Back then the Internet appeared to be no more than hardwired connections between universities, like a modem line you didn’t have to hang up. I got to use Georgia Tech’s computers from the labs at FAU in Florida. When the web became open to the public for commercial use back around ’95 the dot.com was born. People other than lab nerds were able to publish stuff. For a while I believed the web would only be used by scientists. I couldn’t wait to collaborate with all the rest of the analytical chemists of the world, sharing our results and methodology, bringing our profession to new heights.

So here we are in the age of Big Data. For most people it suddenly becomes impossible to ignore the fact that our government has been lovingly amassing the most trivial data on each of us. Officials might deny the scope of this data collection, but denial is laughable. As long as there’s a potential profit on the table for the companies who do this snooping our government, officials will be compelled to spend our tax dollars, limited only by imagination. As long as the government process is monopolized by these companies we’ll see the scope of intrusion expand and expand. The forces against taxpayer’s privacy don’t seem to slowing down, so until the earth moves under our feet and the river starts running backwards we might as well get realistic about our death of private communications and use its death throes to our benefit.

Putting aside whether I care to have my personal data collected, I can’t help but put on my capitalist hat and see that mass of private data as something the government can leverage for profit. Maybe it could recover the legal fees that will be spent defending the projects or maybe take it slightly further and pay off the National Debt. How?

I had this brainchild after I was stuck in bed, sick for the past couple days, watching daytime reality TV like Maury and Jerry.

Let’s say that 99.9999% of that data collected has nothing to do with any threats. Lets assume that it’s just good old he-said, she-said gossip and drama. Consider it “garbage data” that will never have an impact on security at all. Perhaps at some point the government will be obligated to release that data to the public through a disclosure process of what was obtained.

DON’T JUST GIVE IT AWAY FOR FREE!

How much would it be worth to you? Don’t you want to know who someone else called in the last month, or where they’ve been? How much would you pay to make sure nobody else could discover that data about you? We’re not going to give away any national secrets by responsibly releasing that garbage data. As a tax payer I can’t help but feel that 99.9999% of the money spent on collecting innocuous data is overspending that’s never going to be recovered.

Is it OK to betray someone’s trust as long as you do it with love in your heart.

What kills me is not the violation of privacy or betrayal of trust. What kills me is the fact that I can’t get my hands on that data myself! Writing Facebook Apps and probing through the Open Graph was just a tease. Learning that the NSA has got the good stuff, the quality stuff that’s so complete just makes me want it. Learning about the new technology that is used to search it, the technology that defined today’s Big Data trends, is like hearing about a new Grand Theft Auto game in the works. When will it come out? When will I get my hands on it? Now that I know it’s there the waiting for its release date is excruciating.

I’m not too keen on having my data recorded, but at this point we aren’t stepping backwards, you can’t un-ring a bell and everyone knows it’s there, so we might as well accept it. Better yet, if we are going to be able to tap into that data treasure trove at some point in the future. Keep the recorders running.

If we have to accept that “privacy is a thing of the past” then the next obvious question is “when do I get to snoop everyone else’s data?” His data, her data, their data, your data. We’re all going to have to live with the idea that someone could be watching us, not just our government, so let’s embrace transparency. No person has a reasonable expectation of privacy any more, and for that matter, since corporations are people too now, no business secret will be secret any longer. But wait! Let’s not get all hippy-dippy about it and let all secrets fly free. No. Instead let’s put them in little cages with price tags and bring them to market. Ching ching.

You’ll pay to snoop on the people you care about the most.

You shouldn’t have to go on the Maury show to find out who the baby’s daddy is. Then it’s too late. Only NSA level technology can help us keep track of who’s zoomin who before the pregnancy occurs. Get access to his phone records and you know he ain’t going to no gym twice a day. Twice a day Maury.

Can’t we just get a little piece of that, a little sip on that info cup you got there, overflowing?

Maybe we could pay by the month, subscribe, get bulk discounts, track more than our sex-partners, and use it for legitimate business purposes. Maybe. But you and I know that for every virtuous purpose for it’s use that can be envisioned, there will be ten people checking up on their boo. Whatever. Cat’s out of the bag – might as well make a buck. For every unfaithful person who gets discovered I’d be willing to believe there will be even more unnecessarily paranoid people who will be able to get on with their lives with a little less anxiety. (I base my conclusion exclusively on this weeks sub-sample of the population represented by guests of Maury, Jerry and the coven of lower daytime drama vampire show-hosts they’ve spawned who will remain nameless for sake of their unoriginality.)

And, if we have enough money, we’re privileged to be the 1% of the 1%, we can pay to make sure nobody can ever access data where your name is a search term. For even more you could plant bogus, honeypot data. that appears to be about you, but is completely the picture you want everyone to see. Besides your wife and the firm you only ever call your mother and your favorite charities, right? You said it boss.

Ok since I called it first I’ll get the project, “The Commercialization of Everything that was Previously Secret”, right? Please don’t hand it over to those guys who lost the data, or any duck that squawks like them any more. Please take them off whatever “preferred vendor” status they had and put me in their place, with my mom and pop marketing shop. Our zero track record on delivery for government projects has to be in-arguably better than their abysmal track record of having their entire program blown wide open. I’ve been fighting hackers away from my data for decades and I promise I won’t give the ALL keys to a 29 year old 1337 high school dropout with plane tickets to Hong Kong.

Let’s wash our hands and make lemons out of lemonade before Big Data misses the digital boat worse than the record industry did. Don’t let this data seep out with the same velocity that this and other projects are becoming uncovered now. Instead, take the step the music industry was afraid to make and lost their lunch because of. Open it up, certify it, make it easy to obtain, but not necessarily free before it becomes impossible to capitalize on.  Don’t let the next Napster of Big Data make the privacy we expected the government to protect, but was instead taken away from us, valuable no longer.

Reaffirming the Goals of the Internet and the Web