Everyone has had their eyes opened recently to government spying,  the fact that our tax dollars have been being spent on snooping US citizens on US soil. It’s caused a lot of discussion lately, but few people have been discussing the real-world implications of your digital life being monitored and recorded by someone else. 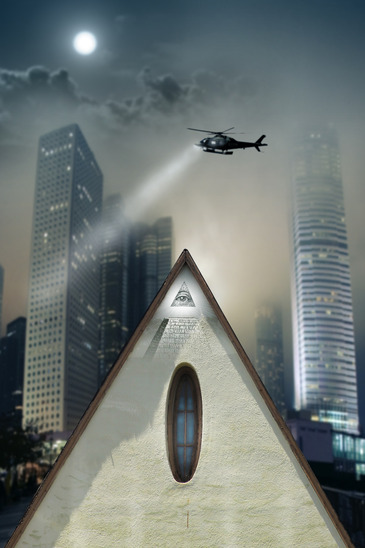 With government spying you don’t get to see your grades.
One thing that’s unfortunate about someone in the government snooping your digital life, your e-mails, social media, files you store, is that you’ll never really get a chance to speak to that person or people who’ve taken the time to understand your behavioral data. How could a monitor not have some kind of opinion or advice for someone they’ve examined closely with a microscope? Everyone wonders about how smart or dumb they are compared to other people. What score did they give you? Do they think you’re a smarty-pants or a big dummy? Do they think you’re a slob or a neat freak relative to other people? Do they think you look stupid in those pants? It sucks to be paying for these monitors through our tax dollars but not get an honest critique. If not a personally addressed letter then perhaps a report card at least? Am I getting an A in being nice to others or am I a jerk? Does someone out there care whether I indent my code or not? Come on impartial observer, throw me a clue, fork over my report card.

With government spying, you’re paying for backup with no recovery options.
Have you ever lost a file or overwritten something important? Wouldn’t it be great to get a copy from the government monitor assigned to keep track of what you’re producing? You know they’ve probably got every version of the file you’ve ever saved. There are so many files I’ve painfully lost – those guys probably have copies of all of them. Wouldn’t it be great to be able to make use of your data, since you paid for its storage with your tax dollars? You know they’ve got it now – what’s it going to take to get them to share what’s ours anyway?

Because of government spying, someone has to suffer through learning about you.
Remember what it was like watching home movies and waiting for them to be over? Have you ever had the unfortunate privilege of sitting through another family’s home movies, filled with people you don’t recognize, unable to escape from the room for sake of being polite? I can’t imagine it’s possible to be a government monitor and not require some strong form of methamphetamine or combat pills to keep awake. For every ten people the government has reading people’s e-mails, watching people’s videos and listening to people’s conversations there’s probably one guy who walks between the cubicles to make sure the other ten people haven’t fallen asleep. Even with robots doing all the phrase detection and filtering out what someone has to sift through, handling giant masses of data about people can’t help but be dreadfully boring for even the most voyeuristic. Forget waterboarding, maybe making Guantanamo detainees to do the home-movie watching. Have them try to make sense of the Jerry Springer lifestyle we love here in the USA. A few days of that would loosen some lips. Let’s use our “way of life” that they hate so much against them – force them watch our home movies and read our texts!

Mea Culpa
Government reviewers: I apologize for creating so much horribly boring and confusing online data – I still don’t have it all figured out myself. I sympathize with your efforts to make some kind of sense of it.

What do you think about someone monitoring you without your being able to take advantage of it? Would a more inclusive, yet transparent solution be workable for all digital data? Does this make you want to put on a pair of Google Glasses more or less?

Don’t Confuse Tagging with Tracking in “Do Not Track”

30 Days in Facebook Jail Because Their Robot Thinks I Hate...