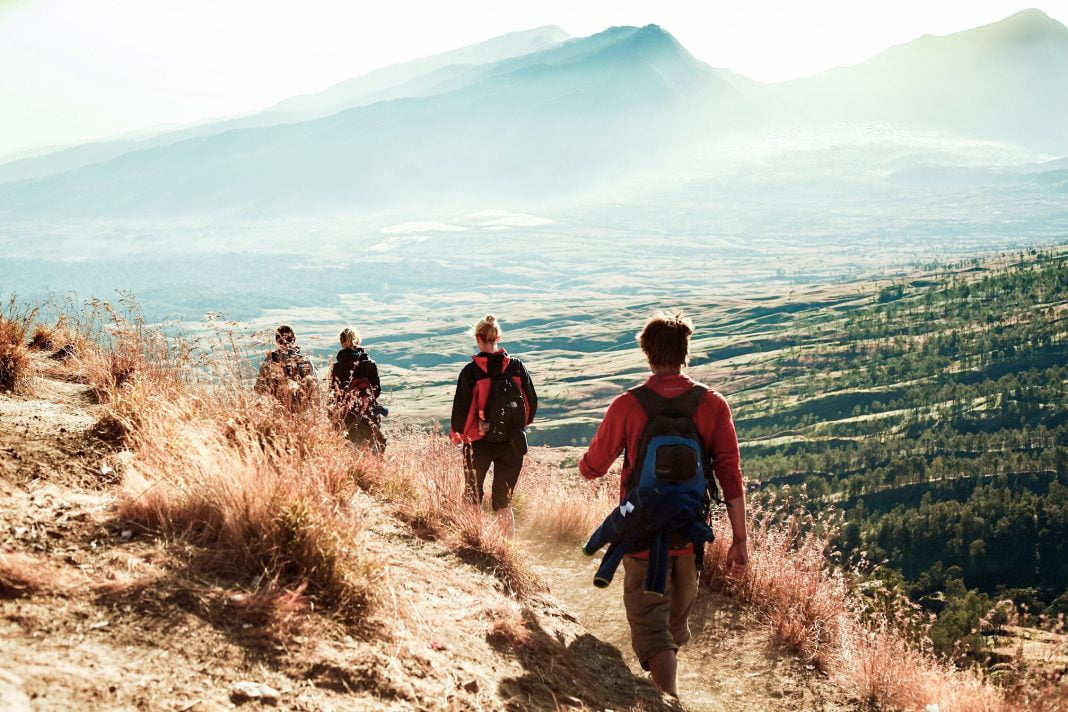 A few blog posts ago I wrote about the Do Not Track movement – I haven’t gotten any comments yet on that post outside of RL Twitter some friends on FB, but as I’ve had to clarify some things. There’s a big difference between the maligned practice of tracking versus the more innocuous technique referred to as tagging. This blog post is about the difference between tagging and tracking.

What is Tracking?
Tracking is a technique that internet advertisers use to optimize the effectiveness of their ads. It’s somewhat complicated and difficult to explain how it’s carried out, but I’ll try briefly: A website visitor’s visit is recorded by the advertisers who are running ads on the site. It’s not just the website publisher who sees that you’ve visited a site – every advertiser serving a banner ad or text ad on the site can see the details of your visit too.

When ads are served thereafter, even on other websites, the clicks you made are used to selectively target ads. If the visitor went to the sports section of the site then it makes sense to show that visitor ads relating to sports or ads that other people interested in sports clicked on.

Visitors are “tracked” moving between websites by ad networks with presences across multiple websites. When you navigate from MajorBrand.com to MajorPublisher.com there’s an enormous chance you’ll be served ads from the same ad networks. The odds that you’ll be tracked are good too.

I personally appreciate being spared having to look at a feminine hygiene product ads because a savvy advertiser deduced that I’m a man. Tracking is great for advertisers because fewer ads need to be shown to fewer eyeballs. For example, insertion costs could be halved if your ad targets only one gender. This translates into lower costs for the products and services being sold, which in turn translates into greater value for consumers. You’d think that consumer advocacy groups would be all over tracking as a positive thing for consumers because it seems like such a no-brainer.

“I speak for the people”
But wait, along come the watchdogs and “privacy advocates” who argue that they represent “popular interest.” Their argument is that advertisers, i.e. corporations, will misuse the behavioral data they obtain at the expense of your individual right to privacy. I personally don’t buy into this argument – you could apply it to any other business where you’ve opted-into divulging your personal data on such larger orders of magnitude. I haven’t seen any examples of this actually occurring – examples where someone’s privacy was breached by an advertiser. Please show me ONE INSTANCE.

Much more personal information is held by your insurance company, your physician or even, less practical but more revealing, Facebook! Facebook tracks what you do on it “out the wazoo” but nobody’s faulting them for their ad targeting. Their targeting is based on reading your profile and determining what you “Like”. Facebook even follows you through the majority of the web now – even when you’re logged out of Facebook!

Well you told them you “like” it! What did you expect?
Is your privacy is a primary concern with HIPAA, where your doctor is obligated to tell your insurance company what you’ve visited for? Does that mean more money in your pocket or less, more privacy for you or less?

I’m not an expert on HIPAA, but if you are I’d like your opinion on whether it’s resulted in more or less privacy for consumers.

As a web developer it would be awesome if I could read the cookies of websites above and beyond the websites I publish, but that’s not the way the rules work – you can only read and write your own cookies, cookies from your own site(s).

Those Who Can Track Have Ads or a Presence on Many Websites
Ads are often served by ad networks, like DoubleClick, who span many websites. For example, you might see ads from the same ad network when visiting both Sony.com and Nintendo.com, even though these two companies are competitors. Only ad networks with such coverage would be able to drop a cookie on one site and read it again from another. These ad networks are the target of “Do Not Track” proposed legislation. I don’t work for one of these ad networks, nor have we, at Massive Impressions, used them much. We’ve always gotten better results placing the ads directly on a publication by publication basis and not going through ad networks. I’m not defending them out of a sense of altruism or because I’m dogmatically pro-business. I just don’t want the industry to be subject to government audits whether they’re funded by we advertisers or by all of us as tax payers. My selfishness as a consumer is all I need to say “no”.

So that’s what Tracking is and why it has been given a bad name. So let’s now examine what Tagging is in contrast.

What is Tagging?
Tagging is more like counting people walking through the door of a bar rather than following each person around and noting what they’re drinking and who they’re talking to. Tagging is done, or at least should be done, by anyone investing in online marketing.

We do Tagging at Massive Impressions by applying a unique code onto the end of the URLs we’re sending people to through our ads, aka our click-through URLs. For example:
http://www.massiveimpresisons.com?cmp=abc123-xyz985
In that example “abc123-xyz985” is the unique code assigned to a single ad placement.
Each ad placement gets a separate unique code.

For example we might have a leaderboard ad that’s R.O.S (run of site – shown on every page) or a skyscraper ad that’s only shown on a website’s homepage. Even if these two ads were pointing visitors to the same landing page we’d still tag them uniquely so that we know which piece of real estate is most valuable, which location on the site got the best response.

This lets us know what works best; which are the best publications and placements, which are the best creative elements and messages. Knowing those comparative values gives us better ability to place ads effectively and better metrics to negotiate future ad buys with. A lot of crappy traffic is worth less than a few quality leads. Without tagging we wouldn’t be able to distinguish which is which and we’d have to rely on the ad publishers to be accurate with their click-through numbers.

It’s comical to see how many big agencies don’t bother to tag and instead still depend on publisher numbers for their effectiveness determination simply for lack of tagging technology and know-how. There are foxes in their hen-houses and they’ve got no way of knowing.

With tagging we can declare the current ROI of an ad placement with certainty. It’s not a tool we can afford to lose. It should not be part of Do Not Track, nor is it something that justifies any government audits. The difference between Tracking and Tagging is clear. With Tracking it’s like there’s someone following you around the mall, from store to store, keeping track of what you’re interested in. With Tagging it’s like the greeter at the door and the cashier ask “how did you hear about us”. That’s a big difference that our elected representatives should be careful to note when voting on “DO NOT TRACK” legislation.

Please e-mail your Representatives and Senators with a link to this blog post. Tell them your feelings on higher advertising costs being applied to the costs of goods and services to you the consumer.

Ask for examples where individual privacy was breached by Tracking. If you’ve understood the difference between Tracking and Tagging, ask them to be clear in the distinction when voting for the “DO NOT TRACK” bill.