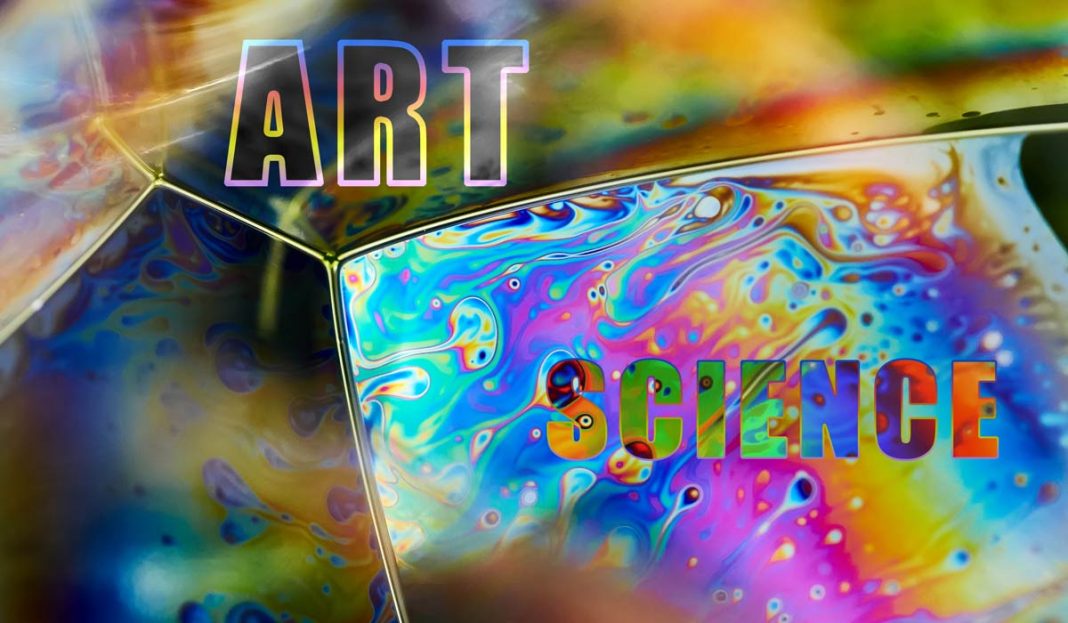 When people get degrees from college they study either Arts or Sciences. A graduate gets either a Bachelor of Arts Degree or a Bachelor of Science degree. These tracks are vastly different, critical and essential in different ways. For society to continue to be regenerative, to not become degenerate, both need to be practiced. There is a critical difference between how these two contribute. Both are essential, but in different ways.

An Artful Illustration of The Origin of Art Appreciation

I will use art to illustrate this difference between art and science.

Please imagine. Please think about a place in space and time, and picture yourself in our past tens of thousands of years ago, back there and then before writing, as language and new ideas were evolving. Think back to the time before what we know now as “visual arts” were recorded in a manner that was preserved for us today. Let’s go back almost 20,000 years. 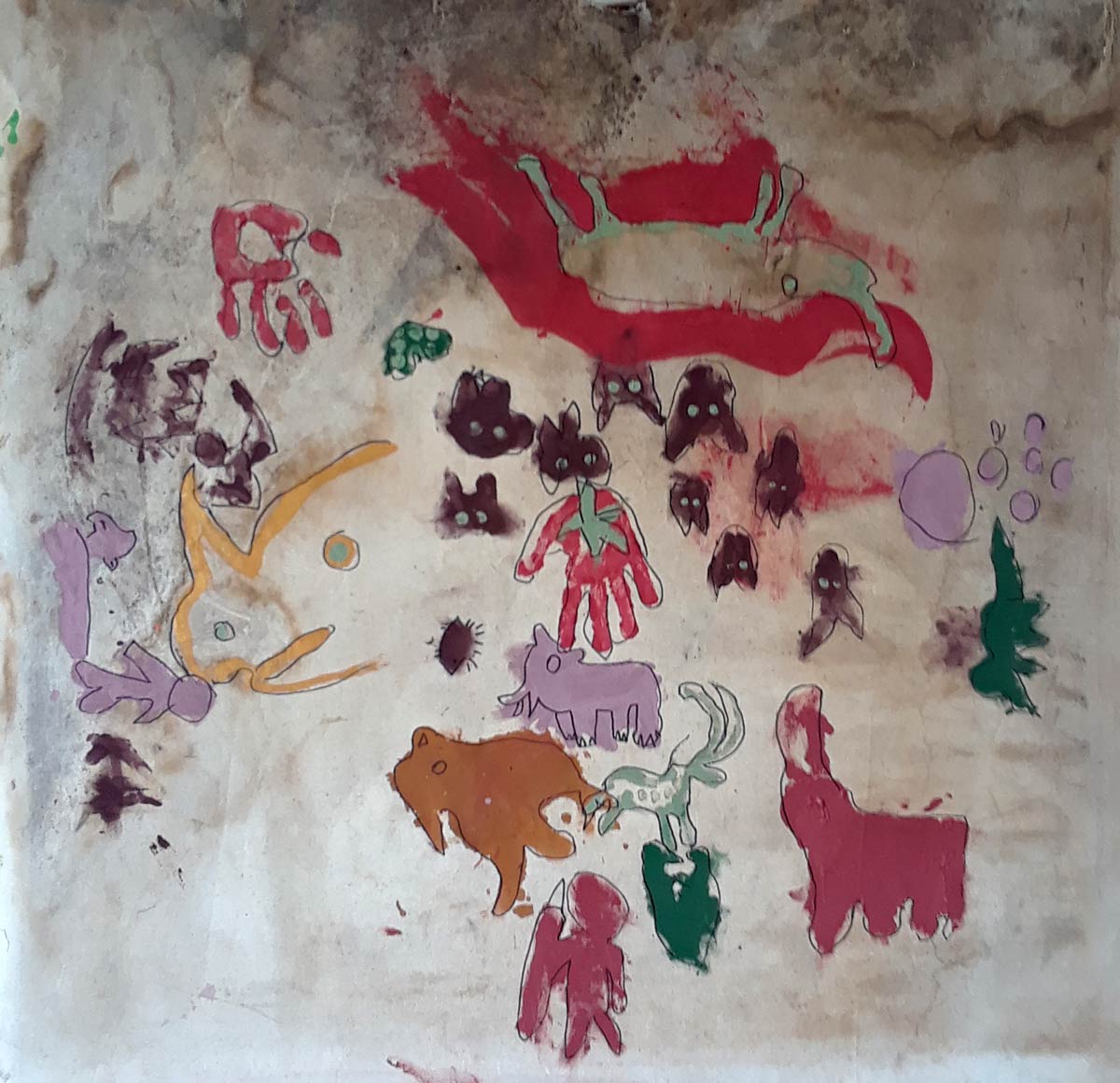 Let’s consider the cave paintings at Lascaux, France, the drawings on the walls of the cave, as some of the first art. Let’s imagine that there was no art before that, no drawings or etchings outside the caves*.

Let’s imagine that we are part of the tribe that lived with that artist. We hunt. We gather seasonal foods and don’t live in permanent structures year round. It’s a wonderful thing when a hunter brings back a large animal, a wonderful thing when all the hunters return carrying food. Hunting large game was a way of life. The meat, the fat, the bone, and the hide were essential to staying alive. Hunters would risk their lives on hunts, and on average a person wouldn’t live very long.

The Primitive Science of Survival

One day someone tells you about this cave, a place where you can go under the ground. It’s dark, like the night, and not a place where big game go. It’s wet and dangerous and if there are any animals inside they’re probably predators. If bats are inside then it is foul-smelling.

The Menagerie Under the Ground

You’re being told that there’s this cave where, inside, there are all sorts of animals, the ones you hunt. There’s bison, horses, elk, deer, and birds. You think to yourself “no way – in a cave?” but someone tells you that they’ve seen them with their own eyes, and they’re there. They tell you a person is making them.

They have no way to explain to you that the animals they’re describing as being there are fictional representations, that they’re “art.”

So hearing this makes you puzzled by this new information that doesn’t correspond to your heavily developed understanding of those animals.

If those animals are there, why wouldn’t you want to go in there and check it out at least?

So you decide to venture into the cave with other people excited showing it to you, showing you the “art”. Of course you’re going to bring along what you need to hunt, right?

So you squeeze between the rocks of this cave with the members of your tribe who’ve already seen it, who understand that it’s just images already, but you don’t understand that yet. You come into the cave room, the area where the first artist was working, where the images of the animals are up on the wall.

Before that, you had never seen a visual representation of an animal before. You had only seen the animals. And you see “art” for the first time.

This isn’t animals, like you expected, but instead just drawings of animals. Sure, someone in your tribe was “making” animals down in that cave, but you couldn’t hunt them. You can’t eat them. They aren’t literally “making” animals like you expected, but instead they’re doing something weird on the cave wall that looks like animals. It’s not really animals though. It’s art.

If you didn’t possess a word for “art” and those images couldn’t have been taken out of the cave, it may have been difficult for you to imagine that there wasn’t going to be actual animals in that cave. You may have never encountered a fictional representation of a thing before.

You may have believed you were going to return back to your family carrying food. As it dawns on you, what the folks who brought you in meant by “animals” it becomes clear there aren’t any real animals in the cave after all.

You may feel disappointed, even though they tried to explain to you why you didn’t need your spear. You may have been disappointed by your first encounter with art if you thought it was about something real.

The First Art Critic: Too Scientific About What “Animal” Means!

You might even walk away mad at the people who told you to go in that smelly cave, that you were tricked by that “artist person” into believing they were making animals. You might feel really stupid for letting yourself be so gullible. Your first experience with art, if you were into the science of feeding your family, might not have given you an appreciation for art.

It’s Not The Real World – It’s Something Extra

The wonderful thing about art is how a child can learn what an elephant is from a photo or a drawing. And when they see a real elephant, they can recognize it as an elephant. Art moves information and experiences faster than the real world can yield for us. Consuming media, art, in lieu of being on location, can make us “worldly”. We depend on art, not just to inform us, but to motivate us.

Magritte’s “Not A Pipe” Meme

French Artist René Magritte painted a image of a pipe. Upon it he included the words, under the pipe “This is not a pipe.” (But in French of course)

The name of his piece is called “The Trechery of Images“. He illustrated the difference between Art and Science, in meme form, back in 1929.

Science Is About Narrowing Down The Truth: Discovering, Measuring & Defining

Science is about creating information inside a box, inside the limits of reality, to help understand reality as accurately as possible. Science is especially about knowing where the edges of that box are and staying inside it. Practicing science is necessary for certainty, but practicing art helps motivate us to science. Music helps the scientists stay sane as they work on cold facts late into the night.

Art is not so bound by the limits of science. Art is not so limited by what has already occurred, but can define what should happen.

Science explains the world that is, with the best accuracy and precision possible. Art can go beyond that, and inspire people towards a future that hasn’t happened, for better or for worse. It can take liberties that science cannot. Art allows the menagerie to exist on the wall of the cave, and says those are animals on the wall. Science says they are not, that they’re images of animals instead.

* Of course there were forms of art before 20,000 years ago. Of course people must have many words for the creative phenomenon people today label as “art”. I am just using art to create a hypothetical concept that we can’t scientifically prove was the case. This illustration may not be scientific, but it’s artful.

Both my parents have practiced multiple art disciplines. I’ve been exceptionally fortunate to have been immersed in amazing art my entire life. My mother would take me, when I was very young, to museums in New York City. I was so lucky.

Reflexively, I was unimpressed with most art, except comic books and video games, when I was younger. Science and computer programming were more attractive than art. For a long time I considered art to be inferior to science, of course not realizing I was consuming ten times more art per day than science fact.

Then I started studying history a lot, for fun. Reading about how “art”, or beliefs outside science, inspired people through history, changed my perspective.

How I simply dealt with Blog Spam